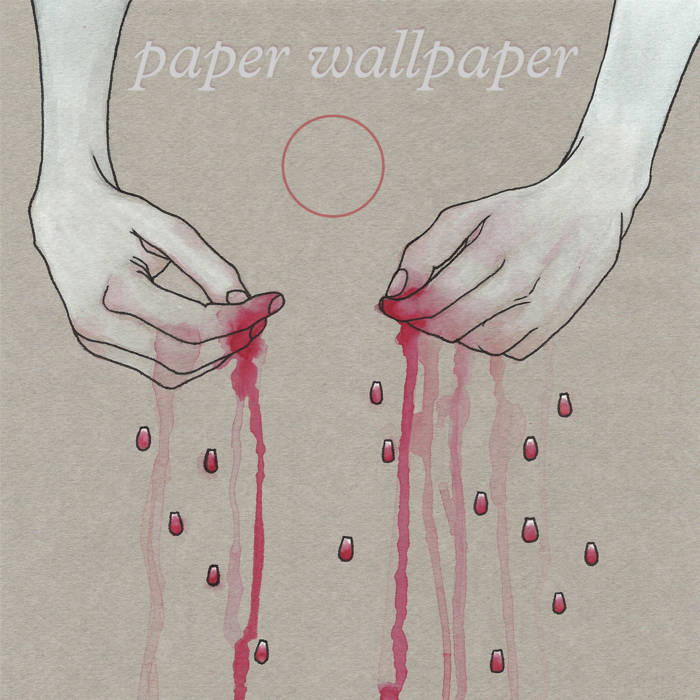 Aaron C. Hollis Intimate and stark indie folk. A collection of what feels like personal moments and experiences. Favorite track: Song For Pomegranates.

The Conception - WRITTEN BY THE PRODUCER, BARIS TOSUN
“Dominic was playing guitar with a bunch of hippies one night in Istanbul when, seeing the opportunity to play to an appreciating audience, I joined them. As the rest of the crowd went off to socialise and couple up, Dominic and I continued to sing and play for hours. I had some recording equipment in my apartment and within a couple of weeks he was over and we recorded what was to be the 4th track on the album, ‘Bauhaus’. That was a pivotal moment - for that song that inspired me to complete my ambition of setting up a remote recording studio - far from the distractions of City life (I grew up in London where prolonged silence is a commodity and studio time is bloody expensive).

“Fours seasons later my studio in the South-West of Turkey was complete, and on a diet of beer, crisps and chocolate, we were recording the tracks for Paper Wallpaper.

“Paper Wallpaper is an album with a story; the story of a hitchhiker who, together with a guy he met on a chance encounter, recorded an album in the space of 4 weeks - with no previous experience of studios or recording. Dominic has many of the same influences you might expect of a 20-something-man-that-sings-and-plays-guitar, only he has plied his trade on the streets of European cities and towns, far from the pretentious, snobby dives that make the ‘music scenes’ of The West. What you’re hearing is the sound of a guy who is dedicated to his art and passionate about music - no more, no less.”

Thanks to all who provided their musical opinions and guidance. Special thanks to Clancy Hood for his time, patience and inspiration throughout the process.

paper wallpaper is a solo musical project featuring songs written by Dominic Remmerswaal when he isn't trying to find a place to sleep for the night.

sitting by the bosphorous, sharing one cup between two.

can you wear that,
can you wear that soft sailor's dress
with the red bandana around your neck,
and we can lay upon your table cloth
all night, to keep out the cold
and you'll tell me how
you're getting old

tired eyed along these open roads.

chords: am, c
then f, am, c.
Track Name: Signs
your steel pierced right into my heart
now i've got to collect everything and restart
you looked so cute with your eagle cigarettes
cooking for 80 is a pain in the ass but oh
that's all done now

strong woman
strange motives
glue huffing even diamonds roughen
when they get old
Track Name: Karina
let's go away
and find the boundaries
of our brains
in new surroundings

and here on the other side
the waves will break all over you
standing in the moonlight
the water shining all thick and pure
like honey,
slowly falling from your eyes
and taking with it
all the final pieces of your disguise

oh, let's go away
and find the boundaries
of our brains
in new surroundings

let's go away
and find the boundaries
of our brains
in new surroundings
Track Name: Bauhaus
in my house, everything is bauhaus
clean and modern, manufactured
german

and in my room, everything is well groomed
spotless, spit-polished,
in it's own place

for you
Track Name: David Bowie
there's a man running behind us
desperation igniting his furious countenance

and i called it,
you called it too

I called it,
you called it too

when you close the sliding glass doors
some snow flakes fall from your hair to the floor
i'm not sure what you look like,
i don't remember your face anymore

but as you ride up toward me on your
old dutch bike bringing
fresh brown bread in your basket
i'm not sure what you look like
i don't remember your face anymore
Track Name: For Mum On Her Day
i'm far away every mother's day
it's a pain, but it's something i have chosen
i don't call enough it can be kind of tough
but when you're wide awake, quite often i am dozin'

that you're my mum and i am thinking of you
and i love you
Track Name: Your Place
sick of dozing on the kitchen floor
all the pieces are bound to fall into place
some day

try and remember your place
there's a world full of wonder coming your way
just wait
some day
Track Name: Hearts Explode
fake denim straps are falling each and every way
i grab a hold of your henna black hair
pull it back so your face is clear
and words are pouring out of my mouth
like red hot lava rising from the earth

Bandcamp Daily  your guide to the world of Bandcamp

Guests include Kassa Overall and Muriel Grossman, plus an LP of the week by Van Hunt.